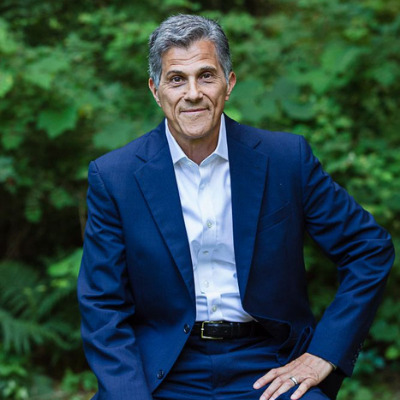 Ken Coscia, the Training Director for all Silva Instructors, has facilitated transformation and coached over 200,000 people from all over the world in live training.

Ken is committed to The Silva Method and the mission of enriching the planet by empowering the individual. He has been teaching the work of Jose, Juan, and Laura Silva, for over 50 years.

Ken is best known for helping his students discover and apply the practical skills to:

You will find Ken on stage with some of the industry greats as well as teaching Silva classes all over the world.

He is the lead instructor and teaches all of the core material, as well as specialty-advanced courses like the Silva Mastery Seminar™.

Ken also developed and presents the specialized workshops; PowerLearning™ and The Lost Sense: Intuition & You™ Take It Off & Keep It Off and Creating A Bridge To Inner Wisdom™.

Ken, as the Director of Training, is responsible for keeping educational standards in place for all Silva Instructors worldwide. 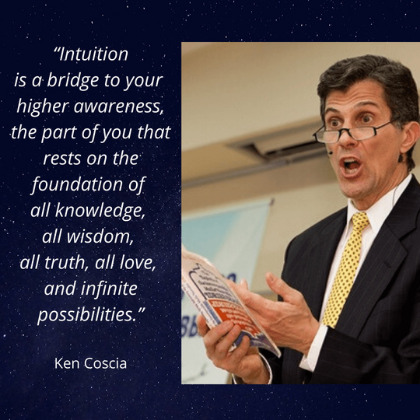 Ken is one of Silva’s most experienced instructors, having started in his twenties. He was handpicked by Jose Silva to serve on the elite Silva International staff.

He is also on the Board of Advisors for Silva International and in his spare time serves a growing corporate, union, and physician group client list with emotional intelligence and dynamic meditation workshops.

Ken earned a Bachelor of Science in Business Administration with a focus in Managerial Psychology from Boston University.

He stays up-to-date with related topics in brain science and behavioral studies.

He then went on to inspire his mother to attend the Silva 4 day program where she learned to eliminate both asthma and chronic arthritis. 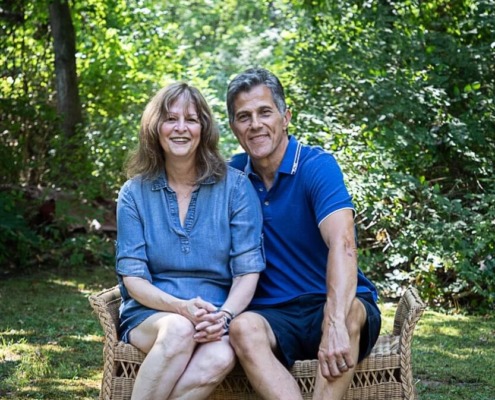 Ken’s most popular program is the consecutive 4-Day Immersion Experience.

It is by far the ideal format for accelerating your life with Silva Mind Technology. The 4-Day Immersion is now regularly available with Ken in Boston, Connecticut, and Chicago.

Experience the trademark in-depth and personalized training system, with Ken. It has been perfected through nearly 5 decades of working with people from all walks of life.

Currently, Ken lives with his wife and partner Barbara of 43+ years in Connecticut, USA. Together they have raised three happy, healthy, productive purpose-driven children.

My name is Savannah Rae Shiever, I am a 26-year-old performer and educator, and am writing today as a testament to my growth and success with The Silva Method.

I am unsure of where to begin exactly, as Silva has helped me in ways so great, that a brief synopsis hardly does justice to the magnitude of growth that I have experienced.

I suppose I should begin, where it all started.

In February of 2011, I suffered an episode of grand mal seizures so severe that l had to be placed on life support and put into a medically induced coma. (What a way to start a testimonial, I know.)

Upon regaining consciousness, I was told by the Neurologist who had saved my life, that in order to regain any type of normalcy in regards to my health and functioning on a daily basis, that I would have to be placed on a strict regimen of upwards of 15 pills /day.

I complied for about 3 months, but never found the “normalcy” I had been promised. I was physically ill, bedridden due to side effects, and I felt like an emotional shell of who I once was.

When I had all but given up hope, I met my current boyfriend, Sean, who introduced me to Silva. He walked me through the home study of Silva Life System, and despite fervent warnings from my Neurologist, I decided it was time to put an end to the numbness my medication had induced.

With Sean’s support, I quit my medication for meditation, and have been seizure-free for over 2 years and for the first time in my life I am truly living. After attaining the miraculous growth I did through the home study.

I knew that attending the Life System & Intuition training in person was a must.

I attended the Silva 4 Day Immersion Experience of Life & Intuition System in Boston with Ken Coscia.

From there I have attracted a brand new car (with awful credit and 0 down payment); multiple roles in television and film, alongside greats such as Kate Winslet & Josh Brolin and Academy, nominated Director Jason Reitman.

I have written two albums and been invited to play at Hollywood premieres and a Paramount Pictures wrap party. I quadrupled my income, and from there the list goes on.

Just over 2 years ago I was unemployed, unhappy, unknowing of my true purpose, and quite literally on my deathbed.

Today, I am happy, healthy, on purpose, and thriving.

An incredible man named Sean Dougherty, and The Silva Method.

It’s not a one and done self-help program that builds you up only to let you down.

It’s a wake-up call to your greatness. My greatest hope for you, if you are reading this, is that you allow yourself to answer it.

Silva changed my life so radically for the better.

I cannot begin to express my appreciation for it.

At the time that I signed up for Silva, I was a brand new stockbroker.

Immediately after the seminar, I applied the Silva techniques for programming my own mind for the desired outcome.

I quickly become #1 in my office month after a month out of about 40 brokers, and in the top 5% of my company of over 1000 brokers.

My manager called me into his office and asked what in the heck I was doing to be outproducing others who had been there much longer than I had.

I told him about Silva.

He announced it to the office and got about 16 brokers (about half the office) to sign up for Silva.

We promptly became the #1 office in the company out of about 50 offices. We then became the number one region.

Additionally, the Silva method of tapping into the powers of our mind works in all areas of life, from the example I gave to small matters like helping someone find something they lost.

My daughters used Silva techniques for schoolwork, and they are outstanding students with nearly perfect grades.

There is no doubt whatsoever that the Silva method works! I highly recommend it to anyone who wants to improve the quality of his or her life.